Varsha Dixit is a bestselling, contemporary romance writer. She is the first Indian writer to pen a love series and trilogy about three different women in three different phases of lives – a single small town girl, a young divorced mother and an NRI who settles in India. Interestingly, the series is named the ‘Right and Wrong’ series. The books in these series are Right Fit Wrong Shoe (bestseller 2010), Wrong Means Right End (bestseller 2012) and Rightfully Wrong, Wrongfully Right (releasing in Aug 2016).

Varsha is the first Indian Author to come out with the Desi Twilight called Xcess Baggage.

Varsha’s fourth book, a self-published venture, Only Wheat Not White (2014) is an Indian American love story that reached number 1 on Amazon.com.

Varsha’s writing is like a hot tea on a cold day, alluring and cozy. Her writing is witty and sharp interspersed with seductive descriptions that cemented her place in the hearts of innumerable Indian romance readers.

Varsha completed video editing courses from UCLA, Los Angeles and then did her internship at Moviola Education Center, Los Angeles.

Varsha switched gears in 2002 and went from creative to corporate. She pursued her MBA from Phoenix University, USA and worked for several years in Corporate America. In 2006, Varsha took a break from corporate when she became a first time mother. She also went back to her first love – books. Varsha had always been an avid reader and her love for words coupled with an imaginative mind pushed her in the direction of writing her own book and she so she did. Her debut bestseller Right Fit Wrong Shoe continues to sell even eight years after its release and is currently is in its eleventh edition. 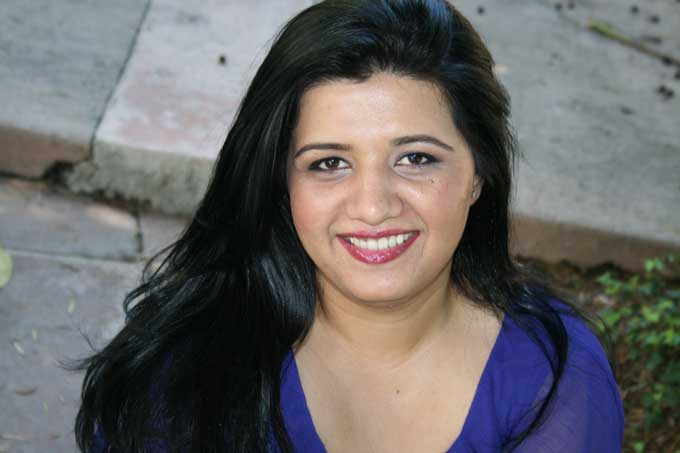 Varsha a self taught writer finds the process of writing fulfilling and peaceful. If one were to ask Varsha, “What would you be, if not a writer?” She would most likely reply, “Unemployed!” Varsha thinks of herself as a borderline obsessive-compulsive dreamer who thinks deep but writes light. Varsha hopes to travel the world, learn several languages and read enough books to fill a house. She likes watching movies, swimming, playing scrabble and pool. When not writing, Varsha either hangs out with her daughter or stays busy planning the next movie date with her husband.

Wasn’t it like a fairy tale to read? I am thrilled to see her achievements and she continues to impress the world. Additionally, I got an opportunity to take a personal interview of this beautiful lady. You can read the detailed review of Varsha on The Gemini Cocktail. Click HERE to read the interview.

As always thank you so much for taking time and reading my blog.